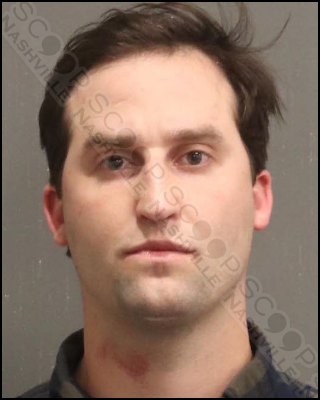 Airport Police say 28-year-old Tommy Hook was “cussing out a kid on the place” according to gate agents at Nashville International Airport. Hook was initially calm with officers but would sneak in an occasional “asshole” remark to the Southwest manager via a quick yell. He was removed from the plane so it could take off without him. When he realized he would not make the flight to Chicago that day, he started screaming expletives across the airport and became aggressive. He was taken into custody, despite his resistance, and transported to jail.

Thomas Edwin Hook was booked into the Metro Nashville Jail and charged with public intoxication, resisting arrest, and disorderly conduct. He is free on pre-trial release.