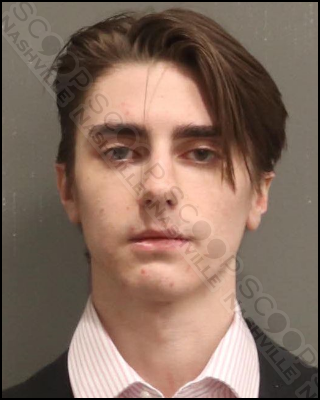 22-year-old William Dutertredelmarcq was reportedly trespassing at the Grand Hyatt Hotel at 1000 Broadway in downtown Nashville, and police responded to the scene. Security advised that William was in an altercation with two hotel guests and had been asked to leave, a request which he was refusing. Officers detained him in a patrol car while they further investigated, and neither guest wanted to prosecute for the assault. Hotel security also didn’t want to prosecute for the trespass, and since they didn’t have a waiver on file, police could not prosecute on their behalf. Officer released him and told him he could go absolutely anywhere in the city, other than the hotel from which he was just given notice of trespass. He exited the patrol car, stood on the sidewalk for a few moments, and went inside the hotel. 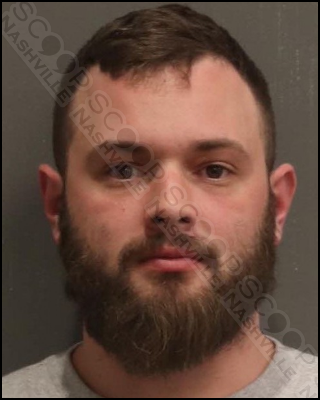 Police say 29-year-old Raymond Scherer was reportedly intoxicated and refusing to comply with flight attendants while boarding a plane at the Nashville Internation Airport. He refused to wear a mask and was creating a disturbance among other passengers. Once on the jetway, he was given every opportunity to calm down and walk away, however, he continued to be disruptive, eventually yelling “And this f****** b**** right here” as one of the gate agents walked by. He was charged with disorderly conduct and transported booking. 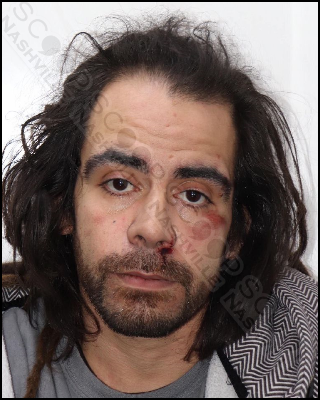 Metro Police observed 33-year-old Bendon Powell traveling the wrong way on a one-way street in downtown Nashville Saturday, then hitting a traffic cone as he took a wide turn onto Broadway at a high rate of speed. After conducting a traffic stop, officers described Powell as showing obvious signs of impairment and “indifferent” in his mental state about the current situation. He denied any medical conditions and performed poorly on all field sobriety tests. An officer actually had to catch him as he was falling onto the concrete during one of the tests. 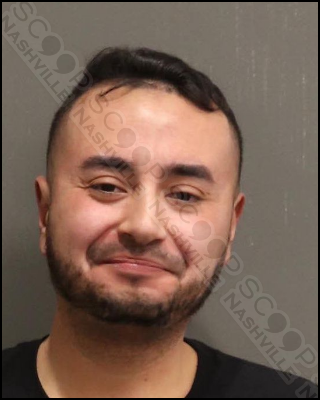 Metro Police responded to the Capitol Hotel in downtown Nashville early Monday morning after 31-year-old Jaime Idrovo was in some sort of disturbance with another guest. Due to all of the commotion in the middle of the night, hotel management asked Idrovo to leave the hotel, but he refused, stating he was going back to sleep. After management asked him a second time, with police present, and he still refused, he was charged with criminal trespass and disorderly conduct, and transported to booking. 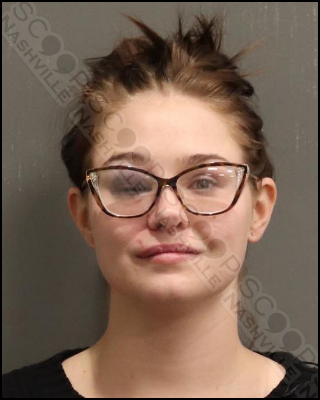 25-year-old Nashville Realtor Samantha ‘Sammie’ Patton was booked into the Metro Nashville Jail Friday evening after leaving Cilantro Mexican Grill, where she says she had two margaritas and a shot of tequila before driving. Officers say she left the restaurant and proceeded onto Eastland Ave where she struck a parked vehicle. When officers and medics responded to the overturned vehicle they found Patton extremely impaired. She refused a breath test. 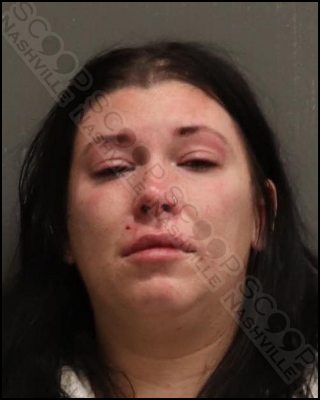 Cameron Robert Stefani says he met an engaged couple, 29-year-old Michell Hill and her fiancée, Sara Pickard, at Jason Aldean’s Bar in downtown Nashville Saturday night into Sunday morning. He says the trio got into an Uber and he was returning to their hotel room with them. As he kissed Sara inside the Uber, Michelle reportedly became upset and at first lightly punches Sara, then assaulted her with a full-on punch to the face. He says the Uber driver stopped the vehicle and the two men separated the two women, and after things calmed down, they all continued to the hotel. Security at the hotel noticed Sara’s freshly bruised eye and alerted police. Officers arrived and took Michelle to jail for 12 hours, charging her with domestic assault. 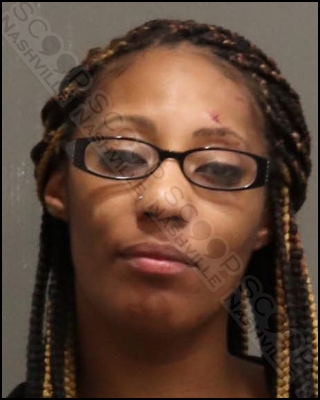 32-year-old Shawntika McClain faces multiple charges after police say she was driving this weekend and left the roadway, crashed through a fence, drove through a yard, and eventually wrecked into a vehicle parked in the driveway on Ocala Drive in Nashville. Police note she was “obviously intoxicated” and a glance at her social media shows her drinking shots on Facebook live before the crash. McClain has a prior DUI conviction in 2019. 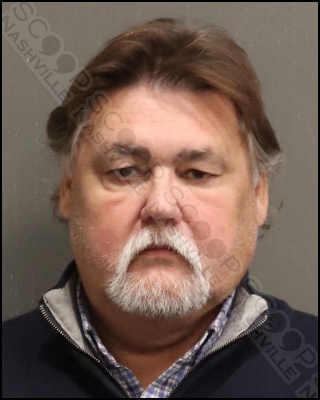 61-year-old James Jeffrey Hill was reportedly drunk and disorderly on the 14th floor of the Renaissance Hotel in downtown Nashville Sunday evening. Police located him outside the elevator lobby, in an obvious drunken state and unable to care for himself. Due to his extreme level of intoxication, he was taken into custody and charged with public intoxication. 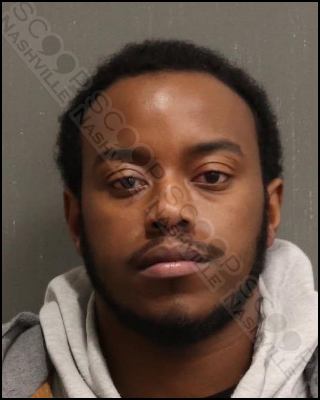 Police responded to a report of a traffic crash Sunday and found 22-year-old Tadarius Noel asleep behind the wheel with the vehicle still in drive, and crashed into another vehicle. Officers were able to place the vehicle in drive before waking Noel, who reeked of alcohol. He claimed he only had one cup of wine within the past couple of hours and told officers he wasn’t driving but just sitting in his vehicle parked. After performing poorly on field sobriety tests, Noel blew a 0.093 % BAC on a breathalyzer. 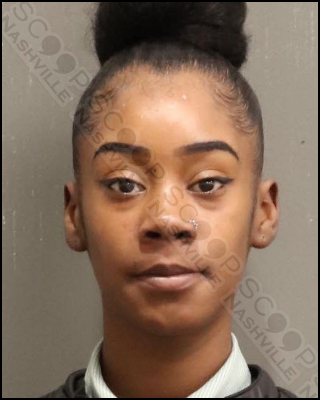 24-year-old Rodneisha Pegram was booked into the Metro Nashville Jail Friday on an outstanding warrant from April of 2020, charging her with assault. The warrant alleges she struck Brittany McKissack in the face and bit her on the right cheek, leaving her with a cut, a large swollen knot, bruising, and swelling. Mckissack posted a video of the assault on social media (included in the story).