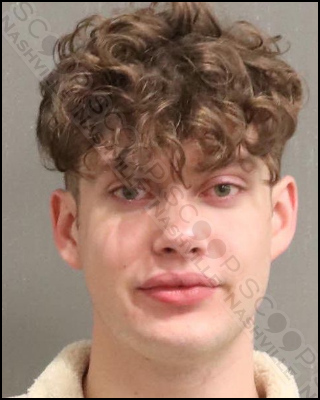 23-year-old Bricen Bunt told police he had just left Play Dance Bar, where he had drank a tequila shot, a Long Island Tea, and a vodka/Redbull, when he crashed his car into another vehicle on I-24 while driving to Murfreesboro in the early hours of Saturday morning. After performing poorly on field sobriety tests, Bunt blew a 0.134 % BAC on a breathalyzer. He is free on pre-trial release.

Bricen Bunt was booked into the Metro Nashville Jail, charged with driving under the influence. He was given pre-trial release to his 423 Hudson Road address in Lawrenceburg, TN.