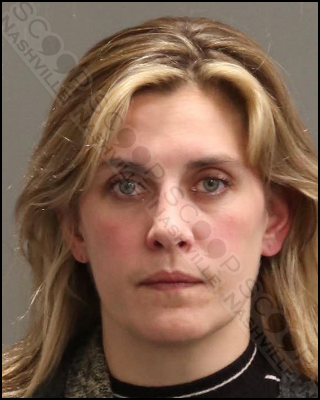 39-year-old Nicole ‘Nicki’ Catchpole called police to assist her with getting her belongings from the Icon in the Gulch apartment of her boyfriend, Nashville investor & guitarist Art Joyce. She met officers in the lobby early Monday morning and explained the couple had been arguing since 2:30 a.m., and it had only escalated. She stated that he got in ‘close proximity to her face at one point and she struck him in the face with her cell phone. Police interviewed the victim, Arthur Joyce, and noticed visible injuries. Instead of assisting Nicki Catchpole with retrieving her belongings as she had requested, officers took her into custody and charged her with domestic assault.

Art Joyce owns two units in the Icon at the Gulch complex: