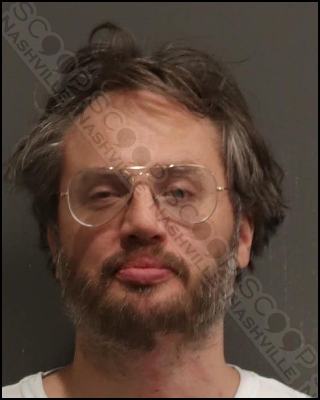 A concerned citizen called Metro Police about a man driving a white Mercedes SUV who they believed to be intoxicated in the Cookout parking lot on Gallatin Pike. Police made contact with the driver, 36-year-old Clayton Thomas Brown, who was still in the driver’s seat with the engine running and observed an open Bow Echo IPA beer in the cupholder. He admitted to having “a few beers”, and was taken into custody. Brown refused all field sobriety, breath, and blood tests.

Clayton Thomas Brown was booked into the Metro Nashville Jail on 02/09/2022, charged with driving under the influence (DUI), and violation of the implied consent law. He was freed on pre-trial release to his 1124 Riverwood Drive address in Nashville.