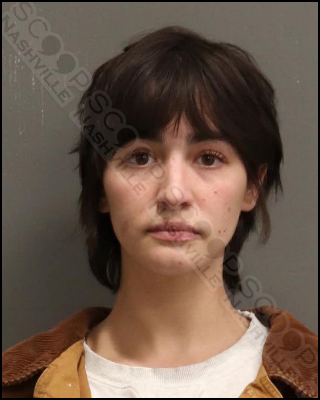 Police say 29-year-old Darian Nicole Morris forced her way into a Madison art studio after an event had just ended which featured artists and a nude model. Witnesses say she forced her way into the Sometimes Social studio, which is owned by her ex-boyfriend, Ryan Michael Noble. She then headbutted him and destroyed his completed drawing by ripping it into pieces.

Darian Nicole Morris was booked into the Metro Nashville Jail, charged with vandalism and domestic assault. She posted a $4,000 bond and was released to her 1129 Shawnee Trace address in Madison.