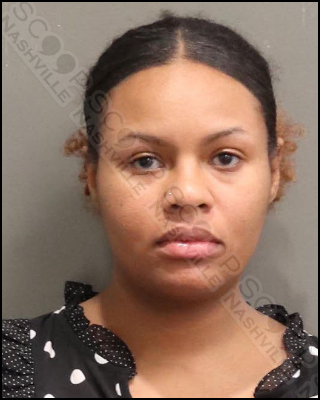 23-year-old Ashley Lewis failed to self-book for a 2019 shoplifting citation, and a failure to appear warrant has been outstanding for her arrest ever since. On Wednesday she was taken into custody for the failure to appear. The original citation alleges she took several retail items at the Rivergate Mall Dillard’s store and placed them inside of store bags and attempted to walk out the door. She was intercepted by loss prevention and $675.29 worth of merchandise was recovered.

Ashley Lewis was booked into the Metro Nashville Jail and given pre-trial release to her 1901 Murfreesboro Pike address in Nashville.