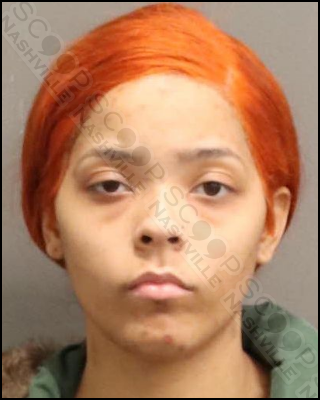 Cheyenne Sosa was booked into the Metro Nashville Jail on February 15th, charged with domestic assault. She posted a $1,000 cash bond and was released to her 1441 Lebanon Pike address in Nashville.