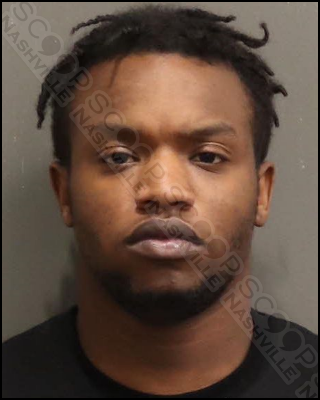 Tiana Jade Spence says her ex-boyfriend, 24-year-old Timothy Strickland continues to call her from a blocked number, demanding sex. When she refuses, he becomes upset and makes threats to assault and kill her when he gets off work. He was jailed at 10 p.m. on Valentine’s day, charged with harassment, and released on bond before daylight the next morning.

Timothy Lester Strickland was booked into the Metro Nashville Jail on February 14th, charged with harassment/emotional distress. He posted a $5,500 bond and was released to his 5825 Crossings Blvd address in Antioch.