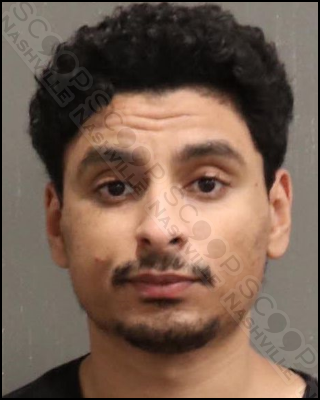 30-year-old Hassan Alosif is jailed in lieu of a $75,000 bond after the David County Grand Jury indicted him on two counts of sexual exploitation of a minor, each with over 100 items. The incidents occurred in February of 2018, the Grand Jury presented a true bill in November of 2020, and he was arrested on the outstanding warrant last Friday, February 11th.

Hassan K. Alosif was booked into the Metro Nashville Jail on February 11th, charged with two counts of sexual exploitation of a minor, over 100 items for each count. His bond is set at $75,000.