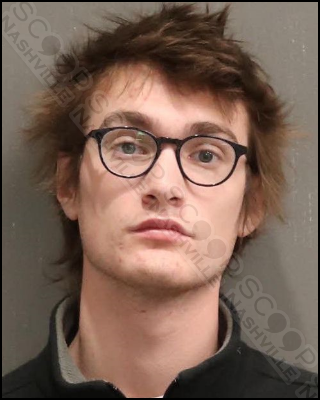 19-year-old Luke Bowers is charged with vandalism after his mother’s ex-boyfriend, Renis Baker, reportedly has footage of him entering his property, spray-painting a wall of his home, and slashing all four of the tires on his vehicle.

Luke A. Bowers was booked into the Metro Nashville Jail on February 15th, charged with vandalism. He posted a $1,000 cash bond and was released to his 2817 W. Linden Ave address in Nashville.