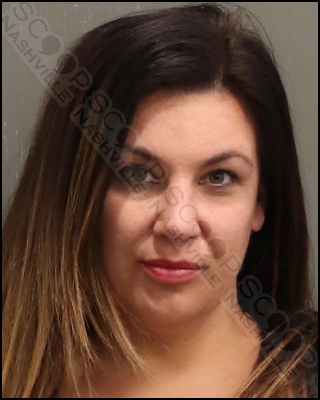 34-year-old Jamie Nations is charged with the domestic assault and bodily injury of her sister-in-law, Elizabeth Diane Thenthirath, after leaving Whiskey Row in downtown Nashville. As the two were walking back to their vehicle, an argument began because of a 3rd party who was walking with them from the bar. It turned physical when Jamie attacked Elizabeth, leaving her with scratch marks and blood on her face and ear when officers arrived.

Jamie Lee Nations was booked into the Metro Nashville Jail on February 16th, charged with domestic assault with bodily injury. She is free on a $1,000 bond and was released to her 450 North River Road address in Venice, FL.