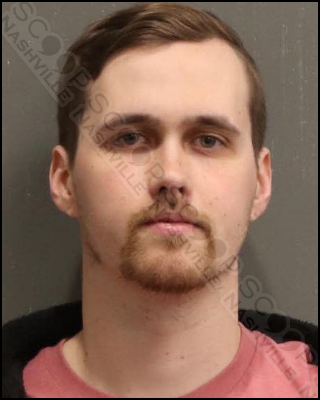 Metro Nashville Police responded to a traffic crash in the early hours of Sunday morning on I-24 and found 26-year-old Austin Clark, who was driving the vehicle, to be very confused and slow to respond, stating he “had a little to drink”. When asked how the accident happened, Clark stated “it was a series of unfortunate circumstances” without further explanation. Clark blew a 0.191% BAC and was taken into custody.

Austin Gage Clark was booked into the Metro Nashville Jail on February 20th, charged with driving under the influence (DUI). He is free on pre-trial release to his 3756 Kendra Court North address in Clarksville.