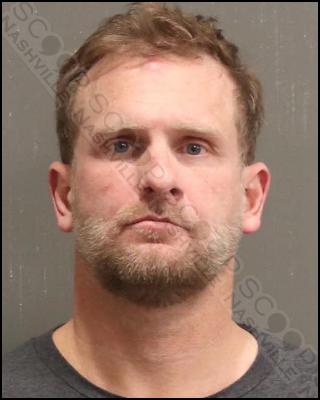 44-year-old Charles Rhodes was kicked out of the Tin Roof bar on Demonbreun for being disorderly. Once outside, he realized he was without his wallet and was told he would have to come back the following day when he was sober to see if it was located. He flagged down Nashville Police Officer Joshua Spurlock, who along with Lt. Brittany McElwee, went inside to attempt to locate his missing wallet without success. Rhodes was once again told he’d have to return the following day, and at first, he seems to be content and walk away, but moments later he returned yelling and shouting, and after this continued he was eventually taken into custody for disorderly conduct.

Charles Rhodes was booked into the Metro Nashville Jail on February 21st, charged with public intoxication. A commissioner set his bond at $250.