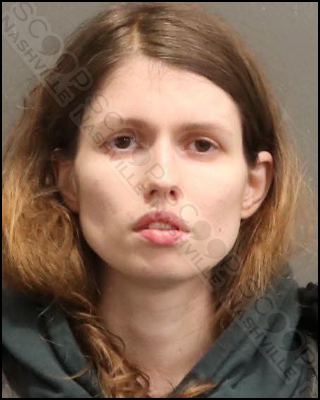 28-year-Ksenia Paromov was booked Tuesday on an outstanding warrant charging her with the assault of her father, Viktor Paromov. Police originally responded to the home in September after her father stated Ksenia was upset she had not been given enough dinner. As the argument escalated, she reportedly struck her father in the back of the head as he walked away, and threw several dishes, breaking them. She was initially taken into custody, but while in the patrol car she stated she needed medical attention, so she was transported to a local hospital and a warrant was signed for her later arrest.

Ksenia Paromov was booked into the Metro Nashville Jail on February 22nd, charged with domestic assault with bodily injury. She is free on a $1,000 bond to her 209 Solitude Circle address in Goodlettsville.