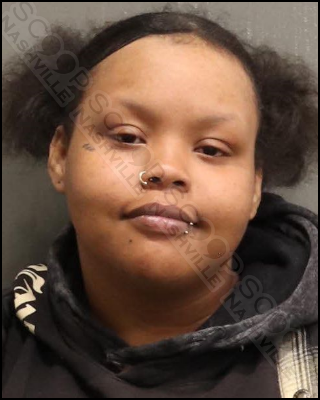 23-year-old Eliza Green is charged with the domestic assault of her roommate, Bonnie Harmon, who says the pair got into an argument over money, and Green threatened Harmon with severe bodily harm if she did not pay her. Harmon says that Green actually owed her money, and she would be deducting that amount from any money she gave her. It was at that point, as Judge Judy was unavailable to settle the dispute, when Green reportedly assaulted Harmon and forcibly took her tablets out of her hand. Police say the incident was captured on a home security camera which they viewed.

Eliza D. Green was booked into the Metro Nashville Jail on February 21st, charged with robbery and domestic assault with bodily injury. She posted an $11,000 bond and was released to her 1111 Wildcat Road address in Dickson, TN.