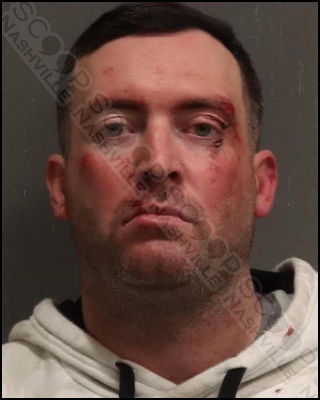 28-year-old Tyler Simpson was being transported to a local hospital due to his extreme level of intoxication when he began fighting medical personnel. Officers arrived on-scene to find him on the ground surrounded by NFD medics and were told he had assaulted at least one of their staff. He was then transported to booking and charged with public intoxication.

Tyler B. Simpson was booked into the Metro Nasvhille Jail on February 18th, charged with public intoxication. A commissioner set his bond at $100.