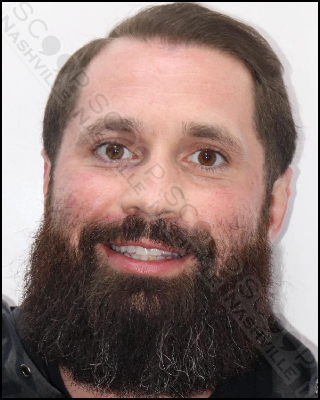 31-year-old Zein Sheikh was out on a $75,000 bond for cocaine charges when he was arrested again this week, now additionally charged with felony aggravated assault/strangulation of his co-defendant in the cocaine case, Kally Dobak. He also had Kally arrested for assault the week prior to them both being indicted on the cocaine charges. In the new case against Sheikh, which was captured on the Camden Music Row Apartments security cameras, he comes into the hallway in his underwear and pulls Dobak into their apartment, placing her into a choke-hold during an argument.

Zain I. Sheikh was booked into the Metro Nashville jail for the second time this month on February 24th, charged with aggravated assault/strangulation. He is free on a new $50,000 bond, released to his 1515 Demonbreun Street address in Nashville.