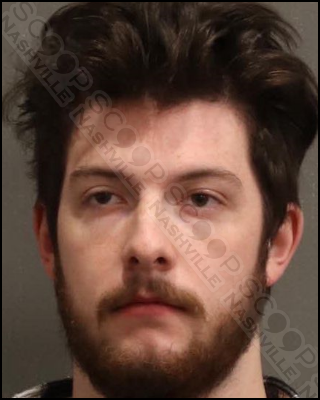 Metro Nashville Police say 20-year-old John Abbott Matthew was drinking alcohol at Jason Aldean’s Bar in downtown Nashville and was “heavily intoxicated”. He was unable to walk or stand without help and refused to leave when asked to do so by bar staff. He had become a “nuisance” according to police, and when they checked his identification, realized he was only 20 years of age.

John Abbott Matthew was booked into the Metro Nashville Jail on February 27th, charged with public intoxication, disorderly conduct, and consumption of alcohol under 21 years of age. He is free on pre-trial release to his 32652 Turnbridge Ave address in Mission Hills, British Columbia, Canada.