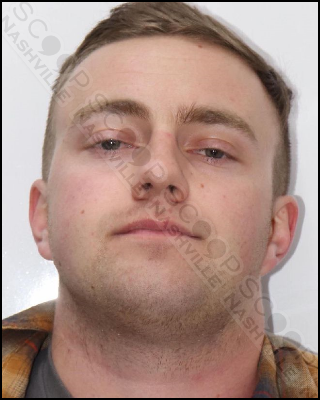 25-year-old Adam Spurling was at Dierks Bentley’s Whiskey Row reportedly being aggressive with staff and patrons. When asked to leave the area by Metro Nashville Police, Spurling refused and continued to be disruptive. Due to his extreme level of intoxication and refusal to comply with officers, he was taken into custody and charged with public intoxication.

Adam Spurling was booked into the Metro Nashville Jail on February 25th, charged with public intoxication. A commission set his bond at $250.