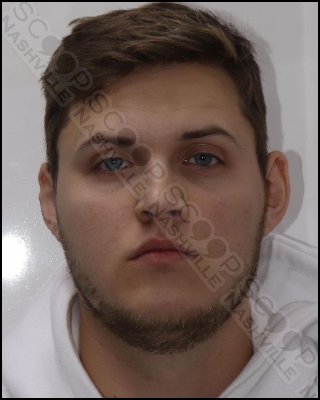 27-year-old Joshua Caleb Jarratt was causing a disturbance at The Stage on Broadway in downtown Nashville and refused to leave when asked by venue security. Police arrived to find Jarratt extremely intoxicated and unable to care for himself. He was transported to booking and charged with public intoxication.

Joshua Caleb Jarratt was booked into the Metro Nashville Jail on February 27th, charged with public intoxication. A commissioner set his bond at $250.