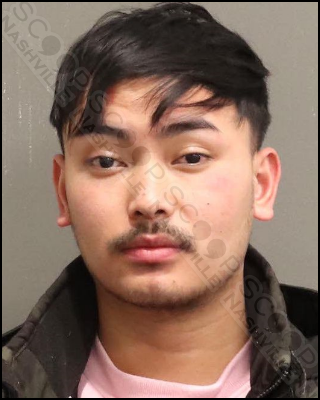 26-year-old Roshan Tamang says he had 4-5 shots of Hennessy prior to losing control of his vehicle and striking rock wall on Blue Hole Road in Antioch early Sunday morning. Police say both he and the vehicle “reeked” of alcohol. He performed poorly on field sobriety tests, hopping, swaying, and wobbling during them.

Roshan Tamang was booked into the Metro Nashville Jail on February 27th, charged with driving under the influence (DUI), open container, and violation of the implied consent law. He is free on pre-trial release to his 112 Brian Circle address in Nashville.