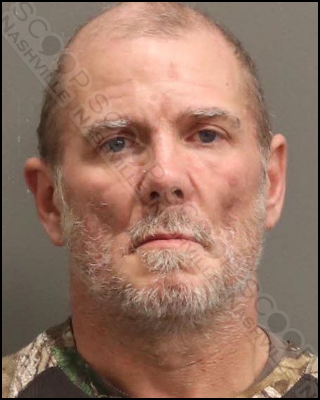 56-year-old James Meadows was booked into jail on an outstanding warrant, charging him with a domestic assault from November 30th. His lover and co-worker at Tiny Dog Pet Supply, Jamie Ellington, were arguing over cheating allegations while at the store, resulting in him Meadows shoving her. The victim says she fell and struck her head as a result of the shove, causing a laceration that required her to be transported for medical treatment. Meadows fled before officers arrived.

James Weston Meadows was booked into the Metro Nashville Jail on March 2nd, charged with domestic assault with bodily injury. He is free on a $2,500 bond and released to his 2612 Lebanon Pike address in Nashville.