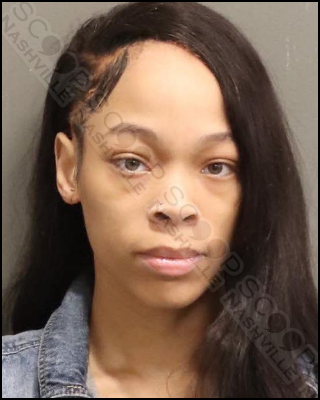 22-year-old Myah Wilson was booked into the Metro Nashville jail this week on an outstanding warrant charging her with the harassment of her boyfriend’s ex-girlfriend, Alexis Brown. She reportedly texted her at least 15 times making allegations about a sexually transmitted disease and a pregnancy. Despite being told to stop the communication, it continues via phone calls, Instagram, and other apps and services.

Myah Wilson was booked into the Metro Nashville Jail on February 28th, charged with harassment. She is free on pre-trial release to her 610 Joseph Ave address in Nashville.