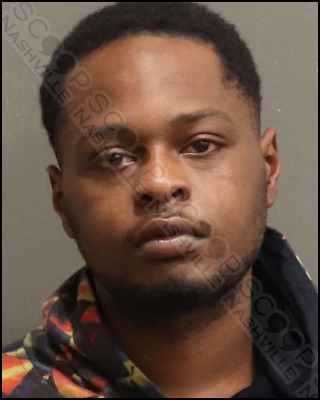 Kelsi Morgan says her 23-year-old ex-boyfriend, Cedric Miller, called and texted her repeatedly after being told to stop and was annoying and placing her in fear of being harmed. One of the text messages stated he was sitting outside her residence all night and watching her every move.

At the time of his arrest, Miller was also served with an outstanding warrant charging him with vandalism for a 2021 incident in which he kicked the vehicle of his then-girlfriend, Mariah Jordan, leaving a substantial dent. There was a video recording of his confession to that incident.

Cedric A. Miller was booked into the Metro Nashville Jail on March 6th, charged with harassment and the outstanding warrant for vandalism. He is free on a $2,000 bond to his 831 Charlie Place address in Nashville.