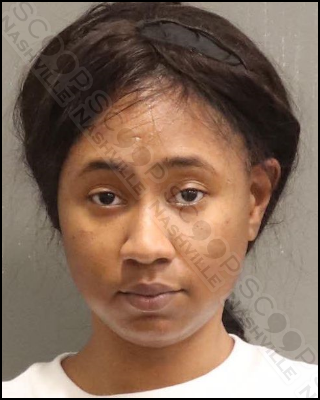 25-year-old August Lee Church faced multiple charges after a road rage incident. Remica Brown says she was driving home from work when a person, later identified as Church, rammed her vehicle multiple times and fled to a nearby apartment complex. Remica was able to follow her and confront her, however, Church then pulled a gun and threatened to shoot her. Police eventually identified her and issued warrants for her arrest, charging her with aggravated assault with a deadly weapon and vandalism.

August Lee Church was booked into the Metro Nashville Jail on March 5th, charged with aggravated assault with a deadly weapon and felony vandalism. She is free on a $17,500 bond to her 308 Kothe Way address in Antioch.