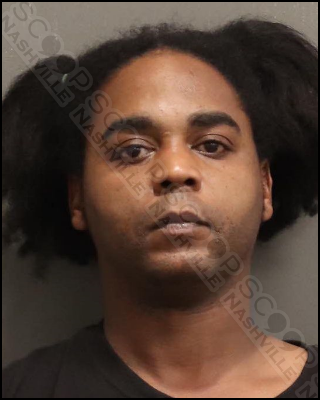 31-year-old Devordrick Prewitt was standing outside his vehicle in the drive-thru lane of a Mcdonald’s when police arrived Sunday. He was yelling at an employee through the window and banging on the glass. He refused to leave and spit on the window in anger. He refused to stop or leave the property and was taken into custody by police.

Devordrick Prewitt was booked into the Metro Nashville Jail on March 7th, charged with criminal trespass and disorderly conduct. A commissioner set his bond at $1,000 and he was given pre-trial release to his 2323 Whites Creek Pike address in Nashville.