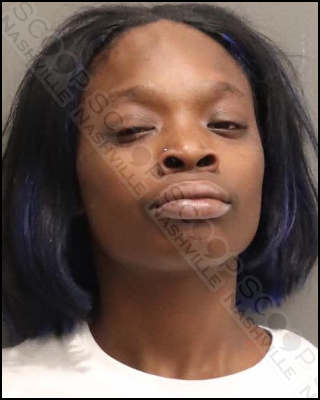 Police say 18-year-old Keosha Glenn got into a fight with an employee of a South Nashville Wendy’s Tuesday that spilled into a fight in the parking lot. When the employee went back inside, Glenn reportedly pulled a gun from her waistband, stating she would just wait for her to come outside, as she was about to “air it out”. As officers responded to the scene they encountered Glenn, who claimed she had no gun. A pat-down revealed a black Taurus G3 in her waistband.

Keosha L. Glenn was booked into the Metro Nashville Jail on March 8th, charged with illegal possession of a weapon. A commissioner set her bond at $1,500 and she was given pre-trial release to her 1705 Buchanan Street address in Nashville.