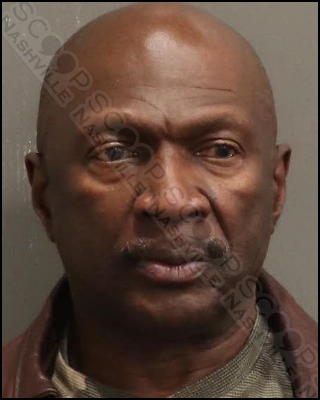 70-year-old Leonard Johnson is free on pre-trial release after he purposefully drove into a pedestrian near the side of the roadway on 28th Ave N. just after 8 a.m. Thursday. The victim, Michael Cheatham, states he was standing on the side of the road when Johnson drove up to him and demanded he move, immediately. When Cheatham pointed out there was no traffic in either lane, and nothing blocking him from continuing on his way, Johnson drove into him, striking him with the vehicle before fleeing the scene. After police caught up with him, he admitted to running over the man and stated he “made a bad choice and should not have done this”

Leonard Johnson, Jr., was booked into the Metro Nashville Jail on March 10th, charged with assault. A commissioner set his bond at $2,500. He was given pre-trial release to his 301 28th Ave North address (Parthenon Towers), in Nashville.