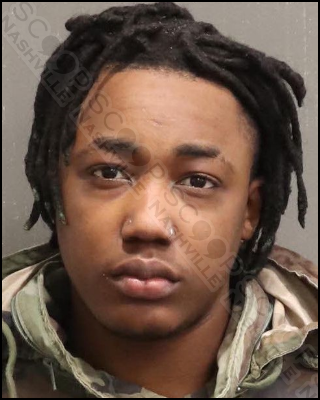 Nashville Police say 19-year-old Dontae McFarlane came home in the early hours of Friday morning and found that his marijuana was missing from his room. He reportedly became upset with his roommate, Remarr Parnell, and grabbed a knife. While pointing it at him, he asked “so what are we going to do now?”. Parnell says this made him fear for his life and told them “I’m not going to lose my life because of him”. Another roommate confirmed the events when police arrived.

Dontae McFarlane was booked into the Metro Nashville Jail on March 11th, charged with felony aggravated assault with a deadly weapon. A commissioner set his bond at $10,000