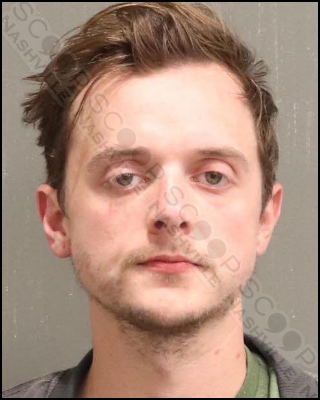 32-year-old Miles McClain told police he had not consumed any alcohol when they asked him during a traffic stop after they observed his vehicle swerving and driving in the bicycle lanes in East Nashville. Despite his assertion, he would later blow a 0.154% BAC on a breathalyzer, nearly double the legal limit in Tennessee.

Miles D. McClain was booked into the Metro Nashville Jail on March 11th, charged with driving under the influence (DUI). A commissioner set his bond at $1,500. He was given pre-trial release to his 508 Riverwood Circle address in Nashville.