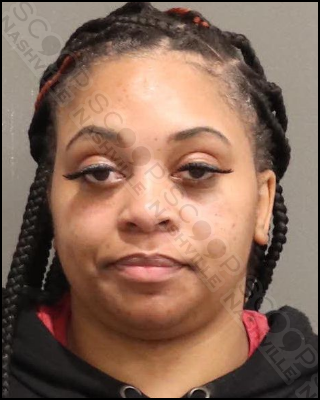 Darrell Jones says his ex-girlfriend, 28-year-old Tashina Gray, won’t leave him alone. Gray was jailed this week on an outstanding warrant charging her with harassment. Jones says despite their relationship ending an entire year ago she has continued to call and text his phone repeatedly. On the date he finally contacted police, there were over 100 calls and messages received just that day. Some of the messages made threats toward his life, some of them stated she was going to have to “put someone six feet under”. It was also found she had put him and his license plate on social media, stating he was a rapist.

Tashina Gray was booked into the Metro Nashville Jail on March 10th, charged with harassment. She is free on a $1,000 bond to her 200 Dellway Villa Road address in Nashville.