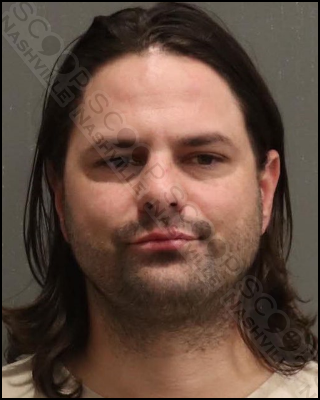 36-year-old Aaron Vance Godwin was seen at the Nashville Internation Airport striking his wife, Jessica Donnelli. Multiple witnesses and video confirmed the assault. She told officers that he was “just angry because they were late for their flight”, and asked that police not prosecute due to his history of PTSD. Godwin was transported to booking and charged with domestic assault.

Aaron Vance Godwin was booked into the Metro Nashville Jail on March 4th, charged with domestic assault/fear of bodily injury. He is free on a $1,5000 cash bond to his 212 South Shore Drive address in Dallas, TX.