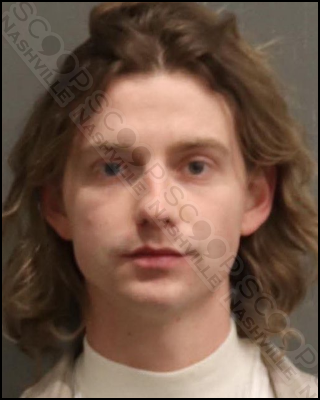 27-year-old Quenton Paul McSparren was jailed this weekend and now the felony charge of filing a false report after admitting to pulling a fire alarm in the middle of Play Dance Bar just before 1 a.m. Sunday, sending the crowded gay nightclub into a frenzy. McSparren says he was trying to signal for his friend to come back to the dance floor.

Quenton Paul McSparren was booked into the Metro Nashville Jail, charged with felony false report. A commissioner set his bond at $10,000. He posted bond and was released to his 1103 Eastdale Ave address in Nashville.