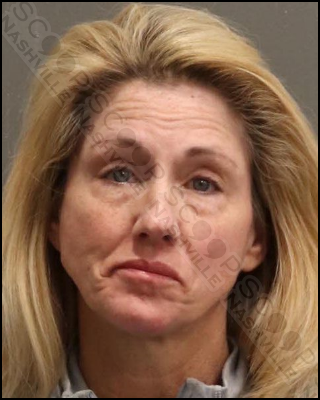 Metro Nashville Police officers working the Entertainment District Initiative in downtown Nashville received a call about 52-year-old Penny Crain, who was reported to be “extremely intoxicated” and they found her acting unreasonably in public, and unable to care for herself. A report notes she was having difficulty standing on her own and was slurring her words as she yelled at other citizens in the area. She told police “I had too much to drink”.

Penny M. Crain was booked into the Metro Nashville Jail on March 12th, charged with public intoxication. A commissioner set her bond at $100.