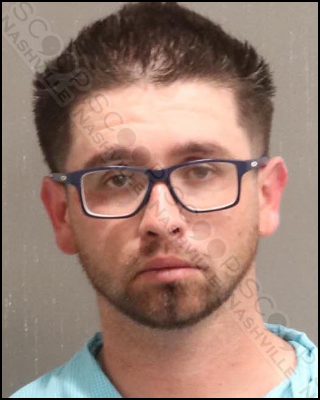 26-year-old Nicholas Flores was detained by Metro Nashville Police on Broadway in downtown Nashville after noticing him fighting another bar patron in front of Acme Feed & Seed. As the fight spilled out onto the street, a crowd watched as Flores continued the fight which everyone agreed he initiated. Due to his extreme level of intoxication and inability to control himself in public, Flores was taken into custody, charged with public intoxication.

Nicholas M. Flores was booked into the Metro Nashville Jail on March 17th, charged with public intoxication. A commissioner set his bond at $50.