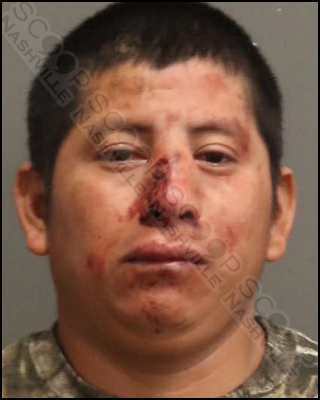 27-year-old Carlos Che Quej was found sleeping on a stranger’s lawn on Saturn Drive Saturday night just after 10 p.m. when officers made contact with Che Quej, he was unable to answer most questions, but was able to convey he had consumed “8 or 9 beers”. It was unclear how he sustained multiple facial injuries, but he refused all medical assistance. The homeowner wanted him off his lawn, so he was taken into custody and charged with public intoxication.

Carlos Enrique Che Quej was booked into the Metro Nashville Jail on March 19, charged with public intoxication. A commissioner set his bond at $1,000.