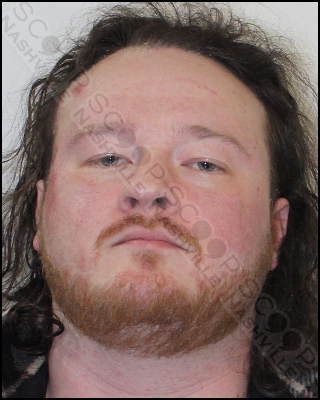 25-year-old Casey Vordermark was told to leave Losers Bar in Nashville after becoming a disturbance to other guests, but refused to leave on his own. Security them escorted him outside, at which point he began to fight the security team. Officers arrived and asked the man if he would stop fighting and tell them what was happening, and he just began to yell and curse at officers with slurred words. Without hesitation, he was taken into custody and charged with public intoxication.

Casey Vordermark was booked into the Metro Nashville Jail on March 19th, charged with public intoxication. A commissioner set his bond at $50.