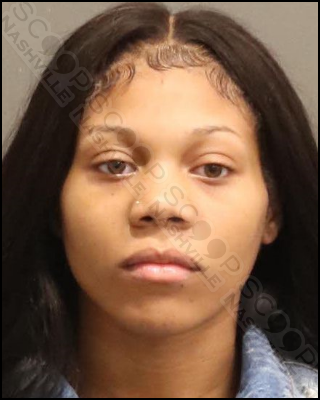 20-year-old Shionkeriyah Mar’Que Scott says she had “one shot of tequila” prior to driving on I-24 and crashing her vehicle. She states the reason she was traveling at 100 mph and weaving is she was “running late to get home”. She failed field sobriety tests and blew a 0.118% on a breathalyzer. She is free on pre-trial release, charged with DUI, reckless driving, and underage consumption.

Shionkeriyah Mar’Que Scott was booked into the Metro Nashville Jail on March 18th, charged with underage alcohol consumption, driving under the influence (DUI), and reckless driving. A commissioner set her bond at $5,000