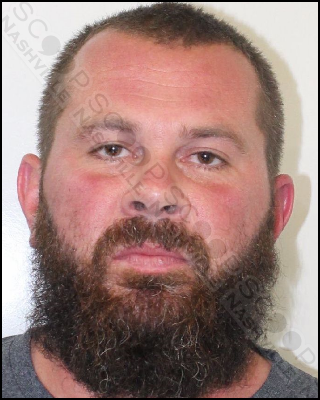 Metro Nashville Police say 36-year-old Jared Carroll was at the Morgan Wallen Concert at Bridgestone Arena and was trying to access the floor area of the concert, for which he did not have access tickets. After he attempted to bypass a barrier, security asked him to leave the concert. He took a fighting stance and attempted to escalate the situation, and was removed and trespassed from the property. Moments later, he attempted to re-gain entry to the venue and was taken into police custody.

Jared Carroll was booked into the Metro Nashville Jail on March 18th, charged with criminal trespass and disorderly conduct. A commissioner set his bond at $100 and he was given pre-trial release to his 710 N. Sparkman Ave address in Orange City, FL.