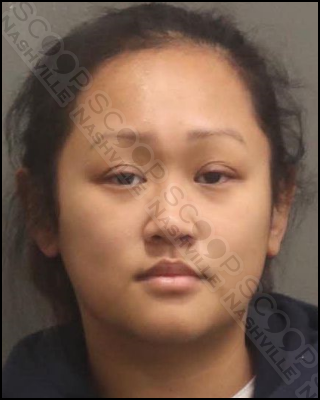 Jadon Wescott says his wife, 28-year-old Kimmaly Pros, shattered his Playstation against the wall after the couple had an argument while laying in bed. As Jadon got out of bed to pick up the pieces of the destroyed game system Kimmaly reportedly began to assault him. He was eventually able to restrain her from injuring him further and call police for assistance. Responding officers documented several long scratches and injuries on Jadon.

Kimmaly Pros was booked into the Metro Nashville Jail on March 24th, charged with domestic assault with bodily injury. She is free on a $1,000 bond to her 3984 Taylor Road address in Nashville.