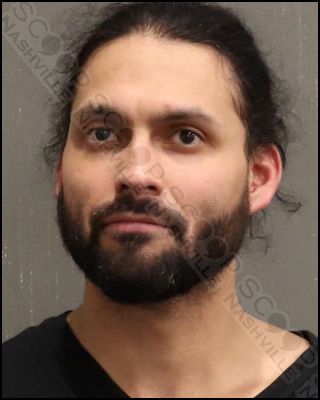 Just before closing time on Friday morning, staff at Vibes & Lounge on Demonbreun called police to report 37-year-old Jose Tello was being unruly and was unwilling or unable to pay his $77 bar tab at the venue. They reported he had attempted to “run out” several times but they had so far kept him there. As police arrived they noticed he was very intoxicated and had trouble verbalizing where he was at when asked by officers. He said he was unable to pay his tab, and his card declined when ran by staff. Tello was jailed on the charges of theft of services and public intoxication

Jose Antonio Tello was booked into the Metro Nashville Jail on March 25th, charged with theft of services and public intoxication. He is free on a $1,100 bond to his 700 E Mesquite Circle address in Tempe, AZ.