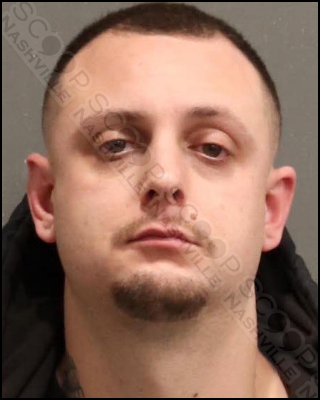 Metro Nashville Police encountered 30-year-old Alexander Cresanta outside Nashville Underground in downtown Nashville heavily intoxicated and threatening to harm Joshua Townsend. Police asked Cresanta to move along, however, he continued to make threats and display increasing intoxication, so he was taken into custody and charged with public intoxication.

Alexander Walter Cresanta was booked into the Metro Nashville Jail on March 26th, charged with public intoxication. A commissioner set his bond at $100.