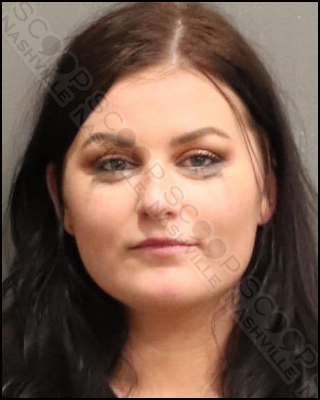 28-year-old Autumn Adkisson was kicked out of 306 Broadway after causing a disturbance with patrons and staff. Officers were called to her location and found her to be heavily intoxicated and having trouble standing on her own. She only admitted to drinking “a shot” of alcohol. Due to her level of intoxication, she was transported to booking and charged with public intoxication.

Autumn Adkisson was booked into the Metro Nashville Jail on March 27th, charged with public intoxication. A commissioner set her bond at $100.