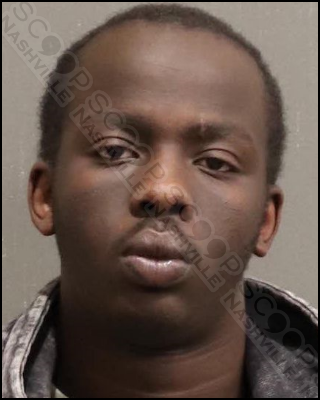 Mohamed Kulolu Mohamed was booked into the Metro Nashville Jail on March 27th, charged with criminal trespass, simple drug possession, and unlawful handgun possession. A commissioner set his bond at $4,000 and he was given pre-trial release to his 3120 Lauren Evelyn Way address in Nashville.