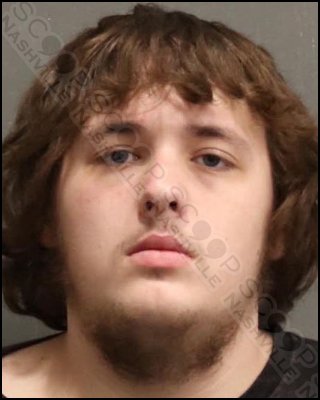 Melanie Rappette says she went to Coronado Court to meet with a cousin of 18-year-old Bobby Wayne Key. As she entered, Key was exiting and called her a “snitch” as they passed each other. About an hour later, she came outside and immediately noticed her vehicle was “damaged”, resulting in an estimate of over $1,600 to repair. Key texted the victim apologizing for the vandalism.

Bobby Wayne Key was booked into the Metro Nashville Jail on March 26th, charged with felony vandalism. He is free on a $2,500 bond to his 7306 Coronado Court address in Nashville.