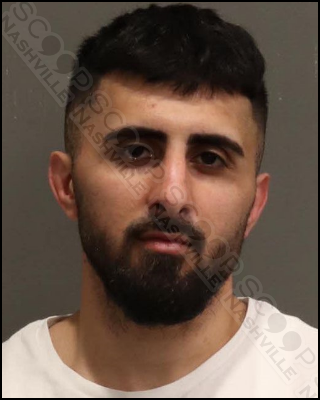 26-year-old Bewar Mohamad now faces multiple charges after he reportedly balled up his fists and charged another citizen, in an attempt to fight, while police were investigating a separate incident. Officers restrained Bewar, who attempted to break free from their hold.

Bewar Mohamad was booked into the Metro Nashville Jail on March 29th, charged with disorderly conduct and resisting arrest. A commissioner set his bond at $1,500 and he was given pre-trial release to his 6471 Holt Road address in Nashville.