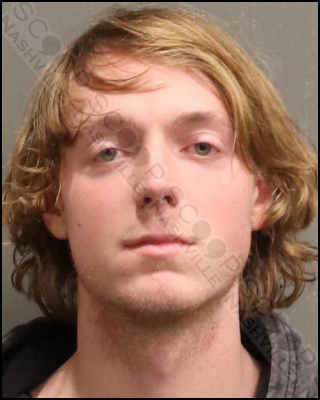 23-year-old Grant Jenks told police he has “two or three” Jack Daniel’s Whiskey drinks prior to driving his car into a pole near Arbor Creek Blvd & Briley Parkway Wednesday night, causing it to roll over. Jenks, who is the drummer for Descmber, performed poorly on field sobriety tests and was taken into custody, charged with DUI.

Grant William Jenks was booked into the Metro Nashville Jail on March 31st, charged with driving under the influence (DUI) and violation of the implied consent law. A Commissioner set his bond at $1,500 and he was given pre-trial release to his 122 Vaden Drive address in Nashville, TN.