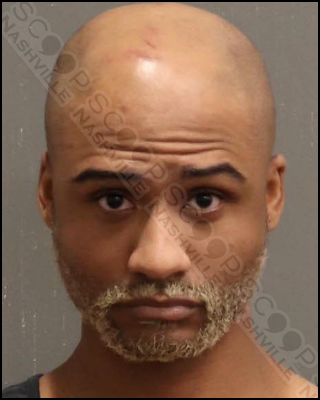 Police responded to a report of a man passed out on the front porch of an Antioch home on March 30th, and found 32-year-old Nicholas Woolridge seated on the porch when they arrived. He told officers he had only stopped to rest and attempted to walk away, however, he appeared to be very intoxicated and sat down in the middle of the roadway. Unable to care for himself, and unsure where he was coming from or going to, he was taken into custody and charged with public intoxication.

Nicholas Woolridge was booked into the Metro Nashville Jail on March 30th, charged with public intoxication. A commissioner set his bond at $100.