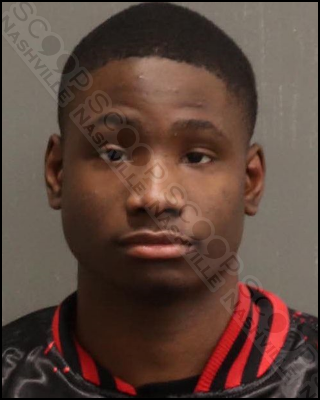 Police responded to Maplewood High School, where a 17-year-old student stated that her 18-year-old boyfriend Demanuel McFarland, who also attends the school, had grabbed her during an argument and slung her to the ground. McFarland told police he was upset about her messaging other people and took her phone from her and when he confronted her she pulled away, and he pulled her back. The victim says he also slung her to the ground at this time and pulled his arm back as if he were going to strike her, but didn’t. He was transported to booking and charged with domestic assault and given a $100 bond.

Demanuel McFarland was booked into the Metro Nashville Jail on March 29th, charged with domestic assault/fear of bodily injury. He is free on a $100 bond to his 952 Strouse Ave address in Nashville.